By clicking “Accept All Cookies”, you agree to the storing of cookies on your device to enhance site navigation, analyze site usage, and assist in our marketing efforts. View our Cookies Policy for more information.
DenyAccept
Preferences 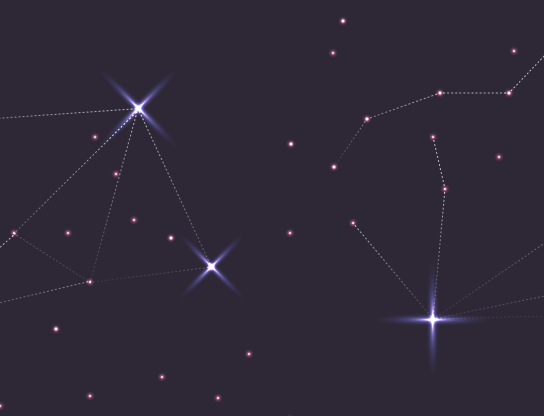 When considering how one might improve employee engagement in a hybrid world, Work Futurists like myself will usually reference one of the more challenging paths forward: “Give people more autonomy and ownership over the collective culture.”

The next question becomes, who do we give that ownership to?

The days of just one team owning company culture are long gone. It’s no longer a function of the CEO, HR, or People Ops. In the modern day organization, culture belongs to the people who participate in it - in other words, everyone.

I know what you’re thinking, “Danielle, organizations need structure for decisions to be made, especially when resources are involved!” Totally valid. Here’s a framework that may help you decide who you pass those culture batons off to, and the subsequent network effects of each option.

Walk into a company, and you will encounter two types of culture contributors: the shooting stars and constellations.

(Inspired by Damon Centola's concept of "Fishing nets and Fireworks")

A shooting star is a burning ember of magnetism. Otherwise known in the psychology world as I-Type personalities, these individuals usually serve as participative managers who can both influence and inspire others. You may imagine someone like Seth Godin or Brené Brown functioning inside an organization - I think of Nellie Hayat.

Shooting stars might also embody the company culture, serving as ‘gravitational centers’ for both new hires looking for a “friendly face,” as well as impassioned employees looking to share an idea for a team activity. Their spheres of influence are vast, plates often full, and many of their internal social ties often become weaker as an organization grows.

Shooting stars can be contrasted with constellations.

Constellating stars make up the fabric of a constellation - a smaller community inside of an organization. These individuals might be less magnetic compared to constellations, and may not be the most enthusiastic about contributing to “company culture.” Nonetheless, they serve as subtle connectors, weaving themselves into the fabric of their own teams and internal communities.

If you zoom in, they may have shorter gravitational pulls, but if you zoom out to view them as part of the collective, they’re linked to a stronger, more sustainable constellation.

How they function: Shooting Stars vs Constellations

Every organization will have both shooting stars and constellations. Whether the KPI for your real estate portfolio is engagement, office occupancy, or the number of high-value connections happening, the question is: what type of investment brings a greater return on impact?

In order to assess this decision, we must dig a little deeper into how each type contributes to a positive, sustainable, and nurturing internal workplace culture.

The less shiny part of a focus on Shooting Stars

Naturally, leaders tend to emphasize shooting stars, for several reasons that might vary across organizations.

For example, proximity bias - a shooting star may be more likely to come into the office, because they enjoy it. Or due to their natural tendencies - they’re often the ones to lead ERGs, mentor others, or volunteer to be on the company TikTok page. Or get promoted faster.

And as I read up more on this, I realize how much I resonate with this persona. So if you’re this person, this is not negative. At the same time, when we place such an emphasis on shooting stars as culture advocates, there are some implications.

‍As mentioned, proximity bias could mean that these shooting stars level up and get promoted faster. Therefore, they may graduate more quickly from an organization. And when a shooting star leaves a culture, a seismic shift can occur. That’s because shooting stars often serve as the center of gravity - they help plan events, ensure that people feel safe from day one - when they go on leave, relocate, or switch jobs, the culture can become extremely unstable. Even to the point of breakage, which is can lead to increased turnover, lower engagement, a rise in toxicity.

If you talk to these shooting star types, which I did, you’ll notice that they usually are involved in many projects. Not simply their workload, but also an ERG or two, a mentorship program, etc. What doesn’t help this, is the constant pressure to show up to maintain social momentum. According to Remote Work Leader and self-proclaimed shooting star, Nellie Hayat, "We know they have an enormous impact on productivity and morale, when we leave or step back, there’s a guilt associated with not showing up the same way." This cycle is especially dangerous for shooting stars!

Because fewer people are visibly organizing events, the efforts might start and end with those in leadership positions or shooting stars. Others might get the urge to organize an event, but groupthink might lead them to believe, “I dont need to volunteer for extra projects because that other person has it covered.” This type of thinking can become especially dangerous and lead to toxic  - and potentially contagious - behaviors.

4. Loose ties to a company or culture.

If someone is trying to decide between going to the office for an event or picking up their kid from school, it becomes a cost-benefit analysis, leading them to ask, “Who will be there?” When the focus is on shooting stars, people’s ties to that shooting star tend to be based on low-hanging fruit: being at the office the same days, going to similar workout classes, liking the same local food spot, etc. and as a result, the motivation to show up might also be weaker. After the last few years, as I like to say, "free food doesn't cut it." If you're asking people to participate in a culture, they want personalized experiences and opportunities to create worthwhile memories.

In contrast, when we place an emphasis on enabling a group of people (aka constellations), who find each other based on commonalities - like interests, heritage, favorite workouts or cuisines, etc. - we create environments where folks can connect on a deeper, more human level. And that, in itself, increases high-value moments and levels of friendship, which in turn, lead to increased belonging and retention.

Constellations cultivate friendlier, healthier, and usually less cut-throat competitive environments. For example, many sales leaders emphasize the importance of in-person bonding and connection, and even incentivize their teams with company-sponsored trips abroad. In such competitive environments where failure is common, camaraderie and shared experiences can prove crucial to maintaining high morale.

In a scenario with more constellations, if one person leaves the organization for whatever reason, it doesn't destabilize the work culture. The center of gravity doesn't shift nearly to the degree that it does in an organization where shooting stars serve as the social center of gravity. Why? Because the social ties between constellations prove to be so strong and sustainable.

‍Let’s take the same scenario of someone trying to decide between going to the office for an event or picking up their kid from school. For constellations, strong ties to smaller groups of people come into focus. The type of event must become more specific to that cohort of individuals. And the value of intentional events for a smaller, interest-based group would likely be higher - as would motivation to show up.

When you provide the resources and encourage any individual to organize events and find like-minded individuals, it creates a network effect. The thinking becomes: “Let’s organize a hike this weekend, because that’s an interest the 12 of us have in common.” Not only will people who share interests find each other and hopefully continue to deepen those connections, but this can also lead to smaller, stronger, and more spheres of influence. In other words, increased connectivity across the organization.

The power of touch or human connection is that it releases oxytocin, the feel-good hormone. The more touch-points, “weak ties” or social ties created internally, the better we’ll feel! It’s science.

Saying goodbye to the popularity contest

Even when we're young, we have this idea of who's a leader and who isn’t because of surface level things, like popularity, outgoingness or outward smarts.

What we might not realize until later on, is that the most stable and consistent social environments are built not from the popularity contest, but rather amongst the others in the classroom. Those who might not readily volunteer for every club or ERG may first want to learn, observe, get comfortable and THEN participate.

And sometimes that process takes longer, but the sooner you can help more people in your organization realize that they belong, the better it’ll be for them, and for your culture at large. Wouldn’t you want to work in a culture where people feel they belong from the start?

What if technology could enable belonging?

Café makes it easier for organizations to establish belonging at scale. Not only can you organize gatherings designed for human connection between people who share interests, but you can also enable them to do it on their own - to cultivate their own communities inside of an organization.

The result? Increased belonging, engagement, utilization of your spaces, and most importantly, inter and intra-team connectivity. Learn more about Café here! 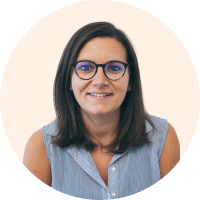 Marine Caillot
Chief of Human Ressources Officer
@
Payplug
Café was instrumental in our transitioning to a hybrid organization. It was super simple to set up and all our teammates adopted the app from day one.

Seamless integration with all your favorite tools 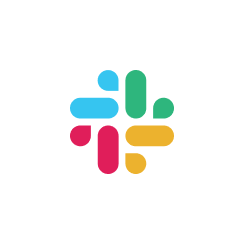 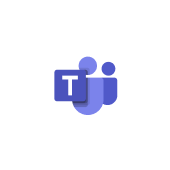 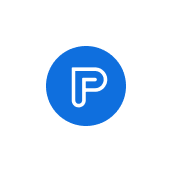 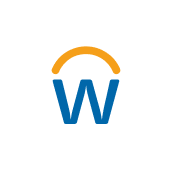 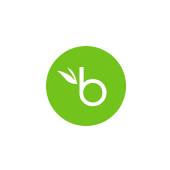 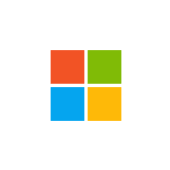 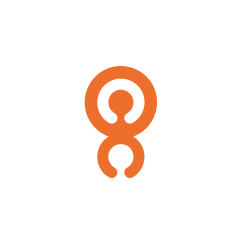 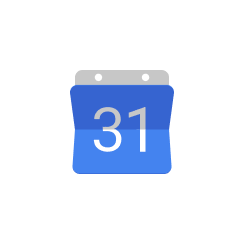 Try Café with your team 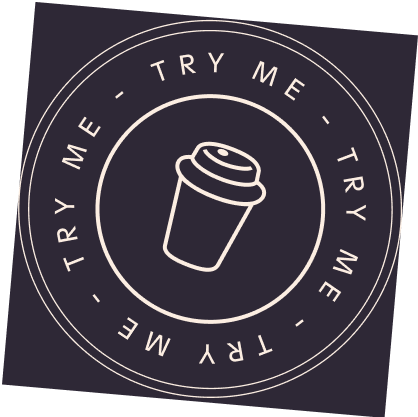